I spent the morning of the Saturday of Peak freshers catching up with Lydia, Alistair and others, but when everyone came back from taking the first lot of new cavers underground I felt obliged to actually go caving. No one had asked me to take a trip and it seemed like every group already had […] 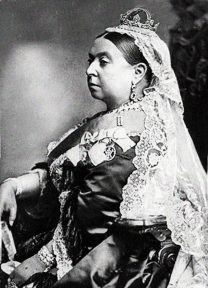 I spent the morning of the Saturday of Peak freshers catching up with Lydia, Alistair and others, but when everyone came back from taking the first lot of new cavers underground I felt obliged to actually go caving. No one had asked me to take a trip and it seemed like every group already had at least one second – this provided a good excuse to go up Victoria Aven instead. This was a trip I had been meaning to do for months.

It took all of 10 seconds to convince Michael to abandon the afternoon games and go straight back underground, and then Sam decided to join us. There was then a fairly long interlude while Tony helped me make a Dyneema footloop, new safety and new cow’s tails and get all the lengths correct (turns out this is important). If you think it’s excessive delaying a trip to fettle your SRT kit like this then you clearly didn’t see my old cow’s tails.

Victoria Aven is only a little way in past the showcave, so called because this is as far as Queen Victoria made it on her visit. We found the in situ rope and headed on up. When it was my turn I instantly realised that my footloop had been the wrong length all along and prussicking is far easier if you can actually stand up properly. Who would have thought that the random footloop length I chose as a clueless fresher was not entirely optimal? I was delighted at this discovery (although annoyed I didn’t make it before I spent a month caving in the Alps). This joyfulness set the tone for the rest of the trip.

I went first up to the top of the Left-hand Route pitch, a short stretch of SRT which is made more exciting by the Flake of Doom. This is a large flake or boulder (maybe car door sized or slightly larger) perched at the top of the pitch which provides the footholds for the traverse away from the pitch head.

It is coming away from the wall.

Following advise we were given by folks from the TSG we waited until everyone was at the top of the rope (awkwardly crammed around the y-hang) before we started to to traverse off the pitch. This is tolerable with three people, but I wouldn’t want to do it with many more. While we were all safe at this point we still leaned back on the traverse line to avoid touching the Flake at all, as though no one would be injured if it fell now it could damage the rigging below which would result in a boring wait while DCRO bolt climb the entire aven.

At the top is a small chamber with some excellent formations, and a crawl leading to a dig. None of us really knew what to expect up here and we were all very happy as it was prettier than we had realised and the stal is still in fairly good nick. We headed off after a thorough look around the top, and resolved to come back at some point and try the Right-hand Route which has a fun looking big pendulum.

The return abseil gave me enough time to sing all the classics and think about how I fucking love caving.

Time underground was about 3.5 hours; if you come up here then keep an eye on the anchors and pay attention to the rope you’re using as there are a few ropes that aren’t the decent new ones. A very good trip overall.