Sunday of Eurospeleo. The Trip from Stream to Small Mammal, Marilyn, Bar, Flood, Bar – Our plans for this changed constantly due to the routes that were actually rigged, and who was where as the system was quite busy. The plan was always to go down Stream as I’d never been and we heard it would […]

Sunday of Eurospeleo. The Trip from Stream to Bar
–
Our plans for this changed constantly due to the routes that were actually rigged, and who was where as the system was quite busy. The plan was always to go down Stream as I’d never been and we heard it would be quiet. Jacob had never been in GG before so we were heading for a basic one route down to the main chamber and then another out trip.
–
We parked next to two cavers called Christine and Anton in Clapham who joked that we’d see on the way up and in the system during the day. They set off up the hill and we had the usual faff of getting dressed; the highlight was the momentary panic when Jacob thought he’d forgotten his central maillon. We set off up the hill and met up with the two cavers at the top of the narrow canyony bit, had a bit of a chat and wandered off towards to the winch to get directions to the entrance. We arrived at the top of Stream and discovered that other people had had the same idea. We waited for two to finish prussicking out as a team of 3 from Craven appeared to go down after us. After exchanging pleasantries, we disappeared down. At the bottom of the third pitch we met Alan Brentall from the TSG who was heading up. After a chat with him and waiting for Ann Soulsby to get off the next pitch we continued on down. The pitches are really pretty on the way down if a little wet and nippy. At the bottom of the last pitch we pulled out the route description and headed towards the Sand Caverns.
–
We managed to get fantastically lost in a small area wandering around the muddy slopes, and Tommy shoved his head out the top of a pitch thinking it was the way on and got a call of ‘Not this way!’  from people below him. We headed back towards the bottom of the pitches and met the lovely Craven lot from the surface again who very kindly showed us to the Sand Caverns Junction that we weren’t actually that far from. We wandered towards the main chamber and had a Mars Bar break. Again the Craven group appeared and after saying goodbye, we watched them begin to be winched out of the main chamber and we set off out.
–
After a debate where the exit was continualy changed as Molly didn’t want to do Bar, I wanted Flood, Marilyn sounded good but had an unstable boulder pile at the top of a pitch that we were warned away from by the Craven group. We decided to head for Flood to get out as we were told it had been rigged earlier that day. Most other groups had a similar idea however. We arrived at the bottom of the pitch and realised there was a German guy waiting for his friend to finish ascending so we sat down to wait and had a chat. After a while the cold began to set in, so Molly and I began to misremember and butcher Disney songs; my rendition of Bare Neccesities  (including the trumpet section) earned me a round of applause from the German caver who I completely forgot was there. Eventually we realised we’d been waiting 45 mins and the person above still wasn’t off the rope so we wandered off towards Bar which was now ’empty’.
–
Jacob and Tommy quickly disappeared up the rope, followed by Molly. About 4/5 of the way up there was a loud bang and a ‘SHIT’ Molly as her foot loop snapped. As she didn’t have a sling and she left her ‘brand new foot loop she’d bought that day at the car saying “it has one more trip in it”‘ she was a little perturbed.
– 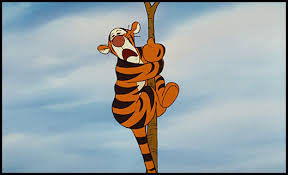 She began to yell for Jacob to come back whilst I and two people from UBSS and Cambridge began making sorting temp foot loops. We debating cutting the end of the rope that had been used to rig as there was masses left but we managed to cobble together a foot loop from spare kit rope instead. In the meantime we suggested that Molly repeatedly tied knots in the rope she was prussicking up and then undid them. Molly’s helpful response of “I don’t know how to tie knots” was met with laughter from my companions as was my response of “well there’s never a better time to learn”. We got a temporary foot loop sorted and were going to tie it to the rope and get Molly to pull it up but she was distasteful of this idea and insisted she’d get herself to the top of the pitch. She eventually managed to thrust her way up using the cracks. As Molly got to the pitch head and struggled to get her chest jammer off without a foot loop, Jacob reappeared to tell us that the guy we’d bumped into earlier (Anton) was literally too tall to get out of Bar at nearly 7 foot and was completely wedged in.
– 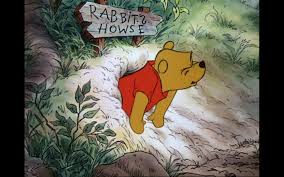 The two people at the bottom of Bar with me began to panic about missing their call out so they volunteered to go out of Flood to help from the top if needed. Armed with Jacob’s sling, Molly eventually extracted herself from the pitch head and waited at the top. Tommy was up the first rope below Anton slowly helping him through trial and error off the pitch head. About an hour and a bit after he got stuck he eventually managed to get out of the tight pitch head and Jacob, Tommy and his companion from the CDG Christine followed. After Molly and I exited, we stopped on the surface for a while to waiting for Anton and Christine to get back from cancelling our call out at the Craven Winch. They reappeared with a Craven member who showed us a shortcut that the Craven are permitted to use during the winch meets and Jacob had a long discussion with Christine about the practicalities of learning to cave dive. We ran into Sarah from GUPA on her way up to GG who turned out to be the daughter of the accompanying Craven member.
–
When we got back SUSS seemed surprised to see us as there appeared to be some confusion on our call out as they thought we were due earlier. But we met our Eurospeleo call out with plenty of time to spare so everything was good. It was a good trip though it would have been far improved with a bothy as I was very cold by the time I finally got to prussick up Bar’s pitches.
– 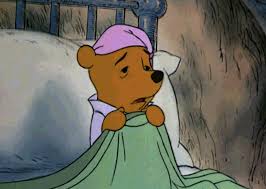 Instead of going to the bar tent, I spent the night trying to warm up in my tent.