Tuesday of Eurospeleo. Meregill, Rachael, Molly, Nat and Ian Holmes – Meregill was one of the trips that I wanted to do when I heard that caves had been rigged. Despite some of SUSS feeling a little worse for wear after cocktails at Alice’s van the night before, everyone managed to get their shit together […]

Tuesday of Eurospeleo. Meregill, Rachael, Molly, Nat and Ian Holmes
–
Meregill was one of the trips that I wanted to do when I heard that caves had been rigged. Despite some of SUSS feeling a little worse for wear after cocktails at Alice’s van the night before, everyone managed to get their shit together and go caving. Although Jack, Will and Gamble’s group had some issues as a lot of the caves they wanted to do weren’t rigged for Eurospeleo and SUSS didn’t bring any club rope with us. Rachael’s proposed trip with the other three to somewhere fell through so she decided to come caving with us three instead. After a late start because we kept losing people in various combinations across the campsite to find the remaining missing person, we eventually got organised and piled into Ian’s car and headed for Chapel-le-Dale. We initially struggled to find Meregill as we found the alternative Mere entrance but couldn’t find the rigged entrance with the Eurospeleo sign. Wandering up and down the stream in the valley, we concluded it wasn’t there so we headed back to the footpath and I stuck my head over a style to the side and lo and behold! There it was. Molly found it hilarious that she’d disappeared over that style for a wee next to the cave entrance ten minutes earlier, hadn’t noticed and resumed the search with the rest of us.
– 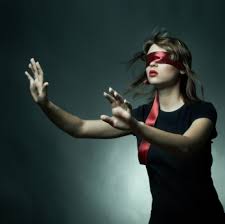 Molly’s Unique Style of Looking for the Entrance

–
As we sorted our chest tapes a party of three began to emerge out of the tightish entrance squeeze. The entrance is a 3-4 meter crawl around a tight right hand bend onto the pitch head but you’re clipped into a traverse line so it’s fine. The crawl is more of a challenge for more rotund cavers as there is a slight squeeze in it. They were friendly and warned us of a group of five that had turned back at the bottom of the second pitch as three of their party were unhappy in the cave that may be slow on their ascent. We decided to wait on the surface as it would be easier and prevent people from getting needlessly cold underground. An hour and a half later the five people were up the 15m and 30m pitches and out of the entrance. Molly and I became spectacularly sunburnt during this which meant our faces were nice and itchy just in time to go underground.
–

–
We became aware that we would exceed our call out if we descended to the bottom of all five pitches but we were determined to go caving now that we’d got changed and waited.  We decided we’d descend until 5pm and then turn around so that we had time to get out and back to the car before our call out at 8pm. We arrived at the bottom of the first pitch and waited for 20 minutes for five people to ascend the second pitch. One of the members of the party was a local caver who said that the water in the mere entrance was as high as it had been for the past three years and so it was currently impassable.
– 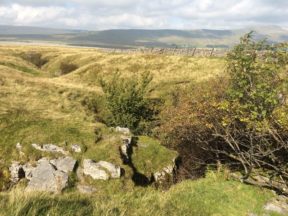 The mere entrance to Meregill

At the bottom of the second pitch we waited for two people to get off the traverse and to begin ascending before we began heading down the third pitch. The rigging was quite tight on all the pitches as there wasn’t enough slack to put on a hard lock; we theorised this was due to the measuring of rope and then shrinking it when it was distributed to the riggers as the rope only just seemed to cover all of the traverses and pitches. However we were very happy not to have to rig and derig so we weren’t in a position to complain.
–
Rachael quickly disappeared down the pitches and Molly went next. As she hit a rebelay, I began to chat with Ian about the perks of the new Jungle Book film and the importance of the Bare Necessities song. However, as Molly’s foot loop had broken the day before in GG she had a new one that wasn’t yet adjusted to the right length for her legs. This obviously meant that she couldn’t get her cowstails off and when she did she was weighting her handjammer and she had to put her cowstails in to unweight it which put her back to square one. After about 20 minutes of her being unable to do anything so she could descend, I descended next to her so that I could shove her up so that she could reach everything. Molly disappeared down the pitch and I closely followed. Rachael had come back up the bottom of the pith to check on Molly and we all waited on the ledge for Ian to join us. Ian come down the pitch and began discussing that the walls were very beautiful and it was a lovely cave from a geological sense. Molly slowly turned to face him and if looks could kill; I personally think it was her best murderous face yet. Definitely worth an entry into the top 5 at least.
– 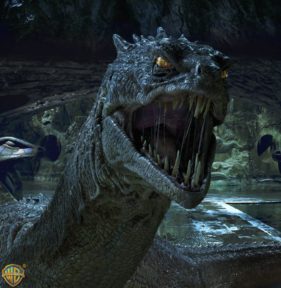 Molly when Ian said he enjoyed the pitch

–
As Ian pointed out, there is no gravel in any of the passages which demonstrates the power of the water that goes through the system (especially in flood). We’d decided to do it that day due to the consistent good weather that was due to break according to the weather forecast. The passagey bit was very pretty but again showed why the cave has warnings of being very flood prone.
–
As we got to the top of the fourth pitch we realised it was 5.15pm which meant we had to turn around to make an exit from the cave to make our call out. Rachael decided to go down the fourth pitch thinking it was the last one (there was another after that) but the rest of us took one look at the waterfall and decided against going down just for the hell of it meaning we’d get cold. Ian disappeared out ahead of us so that he could cancel or extend call out if needed. Molly disappeared off and I followed with the assumption that Rachael would catch up somewhere along the pitches. The prussick out was again very good fun as there’s loads of rebelays so people can stagger up the pitches and we were at the entrance in under an hour. Rachael appeared at the bottom of the second pitch as I was at the bottom of the first pitch. I clearly didn’t learn from my unnecessarily uncomfortable entrance and attempted to crawl through again on my side with the descender underneath my leg so I came back out the crawl and managed to get my legs tangled in the traverse rope. I sat on the pitch and sorted myself out and then emerged blinking into the sun. After Rachael squeezed out, she informed us that the fourth pitch had a tyrolean rigged to keep you out of the water which she’d only noticed from the bottom. So whilst she got damp on the way down, she was able to avoid most of the water on the way up.
–
On the way down the hill we ran into some local cavers who were avoiding the queues like we’d had in Meregill by doing the trips in the evening when everyone else was back at Eurospeleo making merry in the beer tent which appeared to be the right decision.
–
I’d love to go back and finish the trip as it was a really fun series of pitches and the geology of the walls was very beautiful along the way.
–
Everyone began the caving games in earnest with some interesting games from the southern clubs called Princess Pony Piggy or something and the usual squeeze machine, however the CHECC night was brought an abrupt halt at midnight due to the noise complaints from the Saturday night from the neighbours. Still people began a very aggressive game of table traversing and SUSS eventually pottered off to bed around 2.30am.