God knows how or when this trip was planned but it happened regardless. Originally the cast of this adventure was to consist of Thomas Smith “The Teacher”, Steven Spall “The Voice”, Tommy Moore “The Other One”, and Me “The Newbie”. However fate, it would seem, was not on our side – Tommy was to spend […]

God knows how or when this trip was planned but it happened regardless. Originally the cast of this adventure was to consist of Thomas Smith “The Teacher”, Steven Spall “The Voice”, Tommy Moore “The Other One”, and Me “The Newbie”. However fate, it would seem, was not on our side – Tommy was to spend the evening reveling in the end-of-semester-pre-Christmas joy with his fellow Engineering Course-Mates and as such was unable to join The Fellowship in their night-time delve.

This left the three of us to meet up outside The University Arms and be on our merry way. While Tom’s car music selection was exquisite some tension arose as he skipped over an S Club 7 track, causing Steven and me to protest – to no avail.

We arrived at our destination eager to get down into Oxlow as the night was clear, bitterly cold and pitch black. After a quick change we traipsed across the crisply frozen fields towards the entrance. Tom rigged the entrance and told us he was to go first, I was to follow in the middle and Steven was to take the rear guard. Tom sped down the pitch to the bottom and it was time for me to take on my first proper SRT pitch. After taking a while to remember what the hell to do I was off; descending down the damp chute at a speed I would deem neither fast or slow. I reached the bottom of the pitch and Tom was already off deeper into the cave.

I shot down the second pitch in pursuit of Tom but was unable to find him – my lamp was dim and I could see no clear path. However the haunting sounds of Tom whistling the tune to What shall we do with the Drunken Sailor? lead me straight to him rigging the next pitch. After enviously watching him speed down the pitch I made my own slothful descent, Steven close behind me.

The next pitch went down very similarly, with me peering over at Tom zipping down the rope and swinging deftly beneath the dripping curtain of water at the bottom. I followed his lead and of course could not accomplish the desired swing beneath the water, leading to a light drenching.

The next section went down uneventfully, though our spirits were kept high by Steven’s singing of a medley of tunes – my favourite being his stupendous A Capella rendition of Molly Malone. T’was a treasure to my ears. 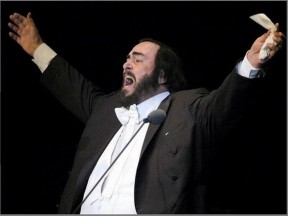 We descended down the next pitch and set off on the traipse down to the very bottom. On the way I was shown the entrance to Pilgrim’s Way and the Chamber of Horrors (count me out for now!), I also saw the spot where last year’s Christmas Dinner was enjoyed by many.

We reached the bottom in good time and I took a quick peer over the edge leading to the sump. We about-turned and set off back up on our way out. On the way we stopped to give the short squeeze at the bottom a try (or rather, I gave it a try and Tom and Steven took a rest). I did not make the squeeze but I put my failure down to the fact that Steven was pouring dirt onto my head which wedged me in harder and harder the more I wriggled. Not too disheartened I back-tracked and caught up to the other two.

We reversed the order on the way out so that Tom could de-rig as we left (he’s a good chap isn’t he?), Steven rushed ahead so that he wouldn’t hold anyone up on the pitches, the same could not be said for me! Unfortunately, after a few pitches I was feeling knackered and inched my way up the pitches sluggishly, by the time I’d reached the first-and-final pitch I was completely bushwhacked and disregarded my footloop – electing to just climb the pitch, I was still too slow for Tom who started free-climbing when I was halfway up, only to arrive just after me.

We de-rigged and left the entrance, only for Tom to have realised he left something back at the entrance halfway across the first field. He ran back and picked it up, we set off again but not for long – this time Tom had dropped his foot-jammer in the frozen grass, we spent a couple of minutes searching for it when Steven cried out that he had found the little bugger, Tom was so grateful he offered Steven a 100% reduction on his petrol payment (don’t worry Steven, it’s on public record now!).

We trudged back to the car, got changed and set off home. Unfortunately Tom’s iPod died on the drive home so there was no hope of hearing the sultry tones of S Club 7, fortunately Tom (in his infinite wisdom) knew the perfect replacement for S Club 7; late night Radio 4. We spent the rest of the car journey listening to a P.G.Woodhouse Radio 4 Play (hehe foreplay) and the first few minutes of The Infinite Monkey Cage (worth a listen – check it out).

All in all a successful first SRT trip for me and a nice easy In-Out trip for the other two. Ta-ta for now!