Little Women on a little adventure. Rosie and myself met up for a jaunt in the Dales. We had many plans, all of which changed at some point. We met up at late’o’clock and drove to Austwick to park up and cycle somewhere. This was my first time mountain biking, was awesome! We cycled around […]

Little Women on a little adventure.

Rosie and myself met up for a jaunt in the Dales. We had many plans, all of which changed at some point. We met up at late’o’clock and drove to Austwick to park up and cycle somewhere. 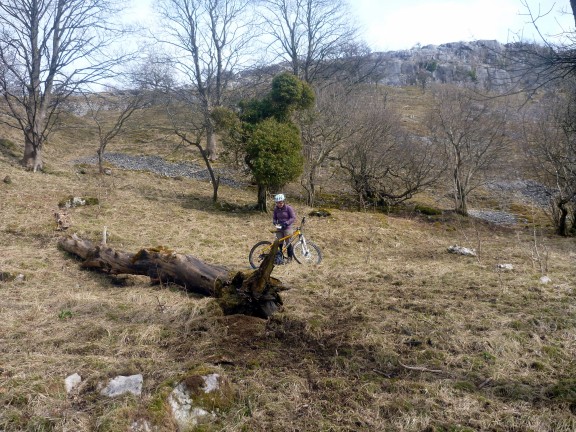 Definitely in the wrong place.

This was my first time mountain biking, was awesome! We cycled around 10/12 km (ish) on a circuit through some nice bridleway. Downhill is pretty dam fun, pretty sure I may have squeaked at least a few times. Can’t wait till next time 🙂 (Definitely have a sore bum now though!) 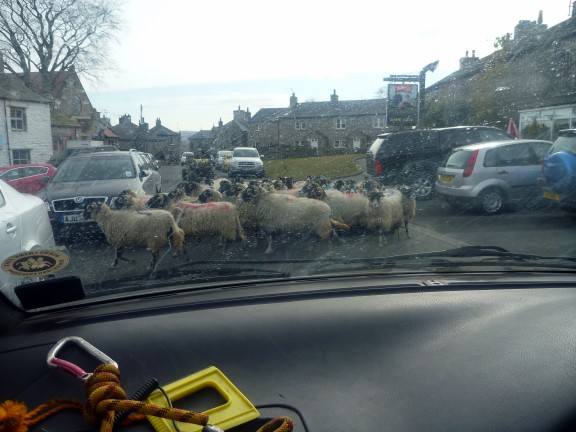 After driving through some sheep we popped off to have a little play exploring Valley Entrance. So, we both knew there was more to Valley Entrance than just a route to the Kingsdale Master cave (as in passageway, not ‘more than meets the eye’ philosophy). Instead of turning down right to the master cave and stompy streamway, there’s a low left turn in an old cobbley streamway. We headed off down here with exploration caps on!

Turns out there’s nothing too inspiring down here, very confusing though. It’s mainly crawling, till you break into a cross rift that has a calcite climb back on the right. Up here is standing room with a roped climb going up. Rosie headed up, but it soon craps out. Back in the main passage and heading downstream it gets to more crawling (often breaking into kneeling height cross rifts) and sandy flat out sections. I got to what seems to be the end of the high level stuff (a 2m electron ladder into a squelchy sump), but just before this is another cross rift with another roped climb up, maybe abut 10m (although clearly rigged for a pitch). Rosie went up first and I followed. I was only half way up the climb when Rosie shouted down ‘Don’t bother, craps out’. We slid down and we tootled off out. Slightly off from passage was a small section in the floor we presumed just connected to the main passage a few meters down so we each took a way on. Turn out Rosie’s little crawl lead onto another cobbley stream way, and she didn’t reach the end before she came back to retrieve me.
Anyway, we headed out to sun and to chat to more cavers on Kingsdale.

If you were thinking of exploring the higher level stuff, I wouldn’t bother – not very inspiring. We did have a laugh though 🙂

The Dales did look lovely this bank holiday weekend, splatterings of snow, but with sun and lambs 😀 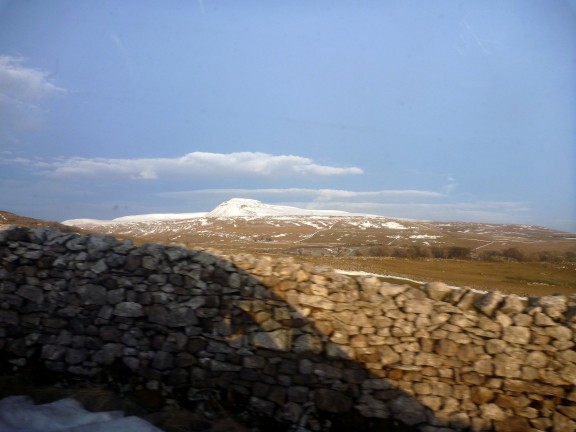