Depart’d tut north at ‘bout 7 to go down tut fairy land, the lovely lass Caitlin driven us (Me, Rachael and Christine) down there. The music was pretty awesome(doesn’t need saying as it should be obvious, but the DJ was mwa) and after stopping at a service station with bad fake tan on, we made […]

Depart’d tut north at ‘bout 7 to go down tut fairy land, the lovely lass Caitlin driven us (Me, Rachael and Christine) down there.

The music was pretty awesome(doesn’t need saying as it should be obvious, but the DJ was mwa) and after stopping at a service station with bad fake tan on, we made good progress to the south even with the dodgy directions from the spaz in the front(also mwa).

Arrive at Mendips at about 11 and bump into a lost Tom1. Then arrive at the base and sign in, with people already working out I’m ken before getting my gay(er) clothes on. All of Suss appeared to arrive at the same time and started kitting up(or down in my case). 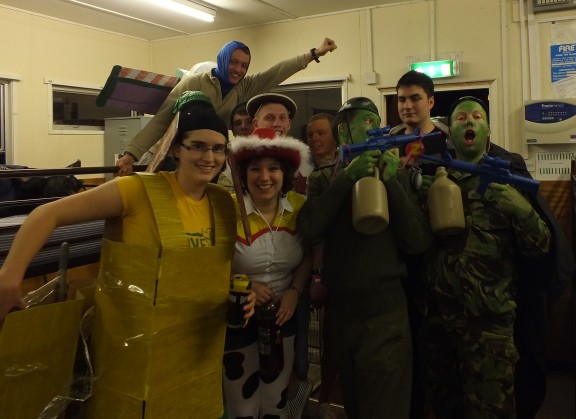 Many things happened that night, here’s a list summarising:

Rostam got very drunk on 4L of homebrew Berry cider

Caitlin kissed many guys(and a girl)

Shockingly there was actually some caving to be done the next day. Me, Scott, Mike, Glen and Caitlin went down Mendips other cave, GB, While Edd followed us in with some freshers. With us not really knowing our way around this hole we took the old route, which was much more sporting and took about an hour to get to the stream way compared to the 5 minute shortcut we took out. So with us taking the long route we bumped into Edd near the underground car who took the short route. Went to find Bat Passage to see the pretties, and then went to great chamber to see a surprisingly big room. Edd caught us up again while we ate jelly and he then had to leave the cave due to nature calling him (where’s a Darren drum when you need it?!). So we took the two freshers Rachael and Adam out along with Louise. Defiantly a cave worth going to though if you haven’t already, not much getting wet or crawling, so not very Mendips like at all.

Later that evening after the 5 hour caving trip we started drinking again, like last year we didn’t do so well in the games. I’m don’t even want to mention our embarrassing loss at beer pong. But we made up for this by drinking spectacular amounts. Two of our freshers may also have kissed but I’m not going to say any names. 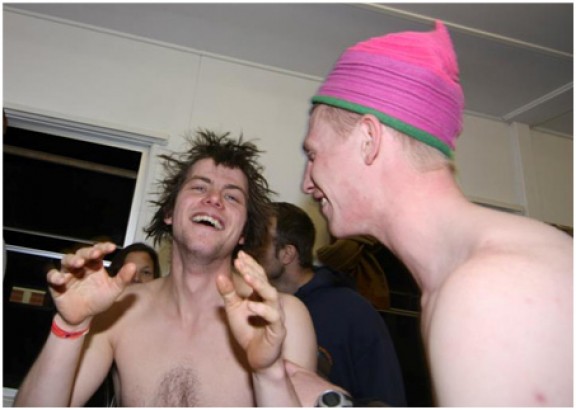 The shirtless theme for Saturday went well too, Suss were responsible for undressing most of the crowd, Even peachy joined in. I had a early night by getting in my sleeping bag by 2 but was “convinced” to come back in and crowd surfed with boxers and a sleeping bag, which inevitably ended with just boxers which Dave was still not quite contempt with so there were a couple seconds of complete nudity on the dance floor(I do apologise).

As usual nobody really caves on Sunday, but instead take advantage of a local tea shop. This year Cheddar was the obvious choice, then after people had sobered up, we made our way back up tut north.