//Every Monday, providing I have enough time and space to write, there should be a new part out. I really hope you’re enjoying these. I saw a comment expressing interest on the previous post. Thank you ! Unfortunately I can’t write back bc/ I don’t have facebook but I really do appreciate the support. To […] 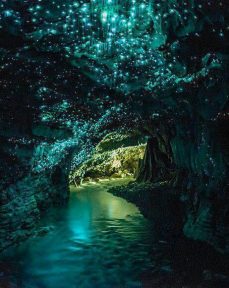 //Every Monday, providing I have enough time and space to write, there should be a new part out. I really hope you’re enjoying these. I saw a comment expressing interest on the previous post. Thank you ! Unfortunately I can’t write back bc/ I don’t have facebook but I really do appreciate the support. To my wonderful cavers: yes. Yes I know i havn’t been to the pub in a while, i’ve been busy and recently have been working on some exams I have and actually enjoy revising for. Until next week, my friends!//

In the corner of the hall, voices murmured softly. I was still stood in front of Tony, in shock of what I had just admitted.

“I have just the thing for you. Excuse me.” Tony stated firmly.

For a few moments, I was left alone with all the kit that surrounded me. The hats shone under the synthetic light. The over suits; padded, unmarked and pristine. The bright colours pulled my eyes in. The blues and Reds evened out so perfectly. A lump of books gathered together on a desk. Untouched and glossy, hazing one’s eyes when glanced upon. Some of which, written by a friendly name. My hands became attracted to the books and my fingers ran themselves over the cover, quite uncontrollably. A book of well-known caving songs, carefully constructed and placed in order for the entertainment of late night gatherings. So black and bland on the front, but inside, a collection of memories of friends, gathered round, drinking into the night. The warmest of feelings I have felt lied within.

“Ah. Right. Here’s what you need.”- Tony had interrupted my thoughts of browsing and handed over a helmet, an over suit and a strange necklace.  The helmet was scratched all over and the soft skin on my fingers flinched in fright after accepting the rough course material in my hands. The oversuit was the colour of mud that lay deep in the depths of the P8 dig, dry and caked thick onto the material. Aside from this, large gaping holes cut deep into where the buttocks would firmly sit. On the necklace hung a small, sharp-edged limestone rock, with strange deep blue crystals that stood dimly within the crevices. It could fit into the small palm of my hand. Tony dumped the oversuit into my arms and smiled.

“Here!” he gave me a reassuring, warm smile.

My body tensed up as I felt the awkwardness: “T-T—Tony, this is all very nice but-”

Tony joyfully interrupted: “Now I know what you’re thinking. What in the world is Tony up to now?”

My voice stuttered: “Actually I kinda just wanted to buy some fresh kit so-”

Tony interrupted again, this time his voice became a pitch lower. Whilst talking, his eyebrows burrowed into his face and his tone became low to a whisper.

“If you really want what you told me, give this kit one chance.”

I could still sense his cheerful, helpful tone, but it became more serious.

“Talk to me by tomorrow morning if you’re not happy. This kit got me through dark times. I know it’s going to help you too. However, it can also create dark times if you don’t treat your friends properly. A word of advice, Elise.”

He pauses, looks around as if to check if anyone is listening in.

“If you get in trouble, use the song we have always sung and under ALL MEANS…”

His happy tone dropped and he looked at me dead in the eye.

“don’t wear the necklace unless you absolutely must”

“um. Right yeah ok I don’t get that but I was hoping to actually buy some kit if that’s alrgh-”

“ELISE!” A voice from the side interrupts me and grabs my attention. I turn round. To my surprise Jack is stood next to us.

“It’s time to go now. I’m driving us to P8” He says sharply, his thick woollen hat clasped comfortably around his head.

“Ok just wait a sec..” I turn round to find no sight or sign of Tony, but the kit store as it always was. In under a second he had left. Had he always been there? I wasn’t too sure.

“Elise we don’t have time, we’re leaving now. I’ll be waiting by my car. Get your kit sorted” Jack shouts as he leaves the room.

I am left feeling abandoned, in that large cold room, feeling a little helpless, desperately trying to understand the last few minutes of conversation whilst clasping onto this old caving gear in my hands. As Jack leaves the room I can only muster a small, steamy breath that wisps gently out of my small mouth: