Over the past two weeks I’ve been down P8 for a hydrogeological quest on behalf of John Gunn (BCRA), Viktoria Nemeth (MUSC) and Liam Kelly (dirty non-caver). What started as a simple dye trace from P3 (Gautries) to upstream Sump B in P8 (Jackpot) ballooned into an exciting whistle-stop tour through the hydrology of the […]

Over the past two weeks I’ve been down P8 for a hydrogeological quest on behalf of John Gunn (BCRA), Viktoria Nemeth (MUSC) and Liam Kelly (dirty non-caver). What started as a simple dye trace from P3 (Gautries) to upstream Sump B in P8 (Jackpot) ballooned into an exciting whistle-stop tour through the hydrology of the Perryfoot Valley when we found a total lack of flow in the P8 main streamway.

The hydrology of P8 has been considered mysterious for a long time, previous literature (listed below) shows exploration in the upstream sumps as early as 1967 with Clive Westlake (a salute and a cheer, please) diving Sumps C and D to find a connection between the two. Drought trips by Ben Bentham in the 1980s lead to the discovery of a fabled “Third Streamway” seemingly unrelated to both the P8 Sink and the main streamway flowing out of Sump B. I’ve only been able to find sketches of these as full surveys are still unpublished.

I went down P8 to place a charcoal bag in Sump B to hopefully pick up dye that John & team were going to inject in Gautries on the 18th. Viktoria & Darren (MUSC) came along for a look around P8, we found the streamway dry as a bone, placed a rather pointless detector on the dry riverbed downstream of Sump B and left swiftly to call John and let him know what was going on. He seemed excited over the phone and was keen to get us to use the drought to our advantage and investigate how the flow works in absence of the main stream. There is still flow out of Gautries towards P8, but it isn’t going in the main streamway – where is it going!?

Viktoria and Liam’s dissertation research was designed to check which of 3 tracer injection points drain to P8 and to examine the tracer velocities from the injection points to Speedwell and then to Russet & Slop. There is now ‘added value’, especially for cavers, trying to understand the internal hydrology of P8!

Tommy Moore, Will Whalley, Ben Thompson and I assisted Tim Webber with a dive to place a detector in Sump 4, while Twebb was diving I went to place one in Sump B, removing the useless one in the dry streamway. Samples were taken at both sites as well.

During the dive Tommy, Will and I all made it down a climb into the fabled Third Streamway! We found it very eerie down there as you are some 10-15m below the normal water level. The stream flowed out of a gravelly constricted inlet, was ankle deep and lead to a sump pool after 15m of flow round two corners, it matched the sketch in Ben’s 1986 report perfectly. Tommy took some photos (still being edited), having licked the fetid and organic mud off his camera lens. We left to help Twebb with carrying out. 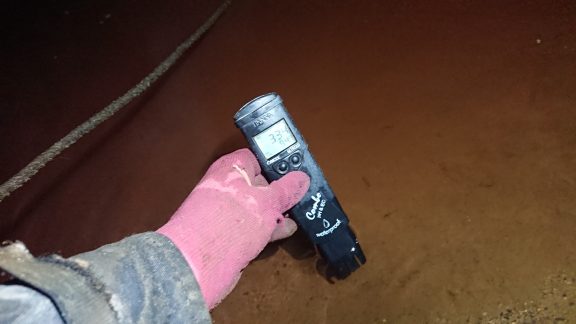 I found the levels lower than Friday, the detector I placed in Sump B was now totally beached on a sand bank. I replaced it, noting the red/pink hue of Sump B (possibly due to rhodamine injection but the data will prove that). I then returned out of the sump and climbed down Sump C to the Third Streamway, which was now even lower, though didn’t see the red colouration I saw in Sump B. I was able to turn a corner that had previously been blocked, to find myself at the top of what I now know to be called “Mull Pot”, where the water got quite deep (this has been explored in further drought to be a 5m pitch with a silted pool at the bottom but WHERE DOES IT GO!?). I placed a detector, got some samples and readings, grabbed a cheeky selfie  as it’s not often you can get down here (I’ve found references to it as being named “Halley’s Sump”), and finally I left. 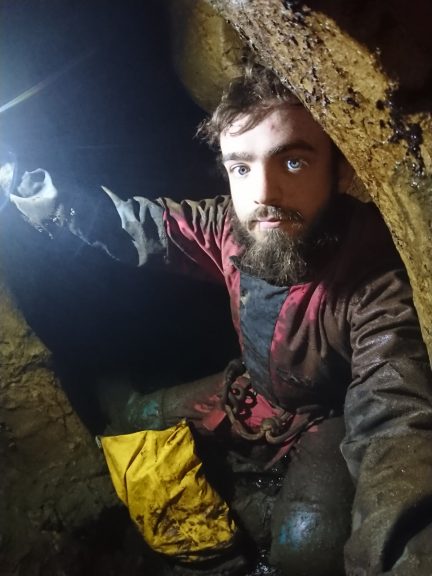 That brings us up to now, we have more traces planned to see how everything links up as it still remains a mystery, Twebb will be diving again on Friday, and we’ve another detector change planned next Tuesday. 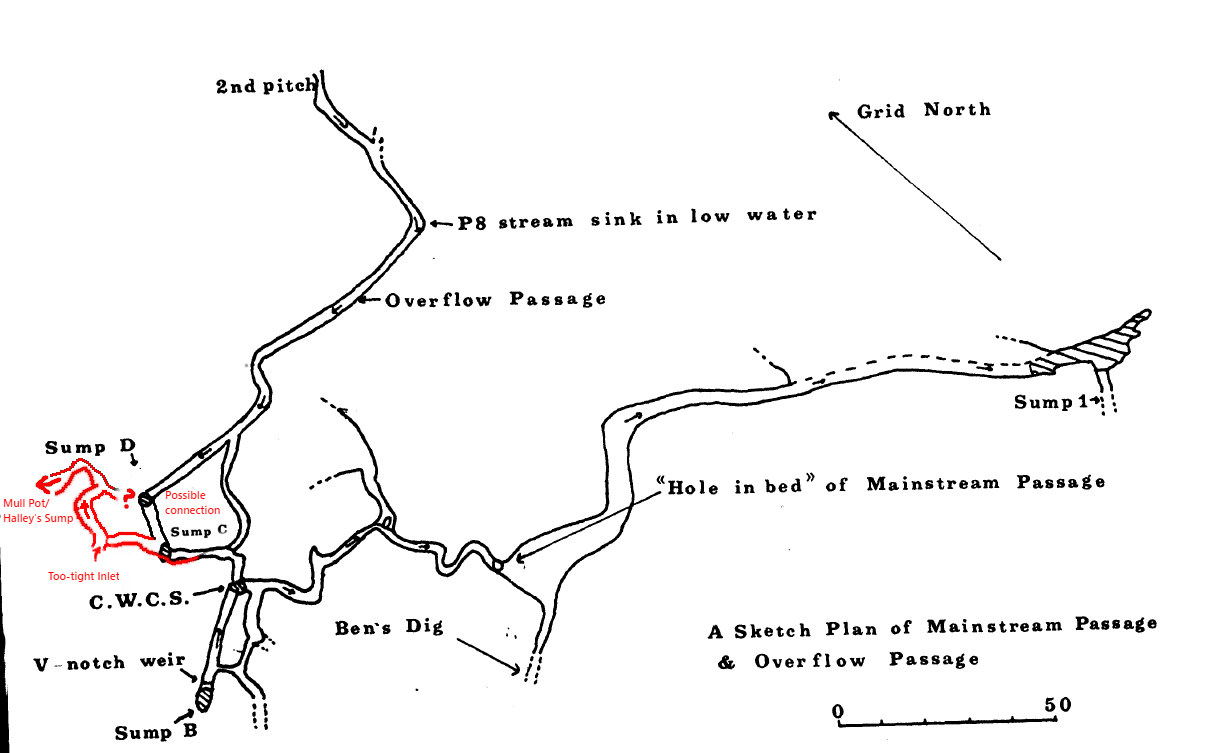 Red area is my additions, size is not to scale but orientation is (Eldon Journal 9(5) 1986)

The bloody thing has buggered off in the opposite direction to the entire cave! The inlet has previously been traced to Sump B which seems to make sense but the downstream end remains an enigma we are keen to solve.

One day we will crack P8.