Earth Leakage Trip – 14th April 2018 Present: me, Jack, Rachael, Mark We started the day with bacon butties at Fir Street, Mark’s plans to go climbing were cancelled so he decided to come caving with us and we changed our plans from Pilkington’s to Giants. I had been wanting to visit some of the […] 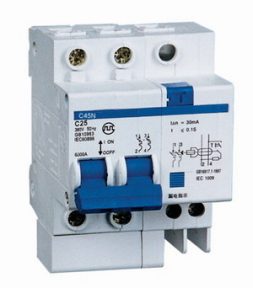 We started the day with bacon butties at Fir Street, Mark’s plans to go climbing were cancelled so he decided to come caving with us and we changed our plans from Pilkington’s to Giants. I had been wanting to visit some of the more obscure corners of the cave as if you look at the survey you realise there is a lot more there than the round trip and East Canal. We decided on the Ghost Rift Series and possibly Boss Aven too.

We set off down the Crabwalk not really knowing where to climb up, a couple of abortive attempts were made early on, but it was too tight above us. Eventually Jack found a good spot, but by this point I had gone a little further down and found an easy place to climb up right to the metal pull-through ring. I was reluctant to down climb it so I waited for a while, and eventually went back along the calcite squeeze and traverse to find them. As I was doing this Rachael passed underneath me in the Crabwalk, and I heard her shouting (I had been to), but I thought her voice was coming from the high-level passage so by the time I found Jack and Mark, Rachael had set off down the canyon looking for me. I climbed back down and went to look for her, but she was well on her way back by then. After this slight delay I did the calcite squeeze again and we all braced ourselves for the windpipe.

It was a bit grim as usual, I went for speed rather than care for a change – this means you’re through quicker, but you do have to hold your breath during the waves. We found the in situ rope leading up into the rift. I ascended first, carefully as the rope was clearly caught behind a small flake and I had no idea what the bolts were like. The first rebelay is on an entertaining old krab-hanger, which looks like a p-bolt, but it has a built-in snapgate so the rope can be clipped into it. There was a corroded old screwgate doing nothing in the rebelay knot, and when Jack tapped the gate to try and get it open the gate came clean off. Fortunately this krab wasn’t actually doing anything.

The pitch head anchors are thankfully less scary so we all came up. First you come to a short crawl, there’s a left turn which comes immediately to a pleasant little aven that appeared to be blind. We all went down the right-hand option and were crawling for long enough that I started to wonder if this was actually the way, then some old scaff clips and digging tools appeared and I became increasingly worried I was leading everyone into obscure dig.

The gravel floor rose towards the top of the passage and I was fairly sure it was the end, but I thought I’d stick my head right in just to confirm that this didn’t go anywhere. When I put my head through I could feel a space above me so I slowly began to squeeze through until I was sat in a scaffed-up boulder choke with my legs in the crawl. I climbed up and excitedly called back that it got big.

We didn’t know it at the time, but we’d made it into the Earth Leakage Trip. This is a decent sized chamber with very angular edges that’s full of big loose rocks, many of which are poised above the climb that is the only way in. We had a look at all the crawls leading on in various directions, but none of them went far. While I was poking my head down a hole in a crawl that I believe is an abandoned dig going to a tight rift or similar, there was an almighty crashing noise and I could hear Jack and Rachael making distressed noises. I paused for a moment, but no one was screaming so I figured Mark was alive. It turned out he’d launched a torso-sized boulder down a slope when he was clambering up to us.

Shortly after this we made for the surface, grimaced through the windpipe again and I did the calcite squeeze for the third time. A nice little trip to a rarely visited corner of Giants, not impressive enough to rush to, and rather loose (hence the name), but it was interesting to see a different corner of the system.