Fresher Dales – Oct 2016 Fresher dales was way back in October but it was a fun weekend with a turnout of over 30 people with the freshers going on a variety of trips. The car spaces meant that there were 5 leaders and equals left over so we decided the night before that we’d […]

Fresher dales was way back in October but it was a fun weekend with a turnout of over 30 people with the freshers going on a variety of trips. The car spaces meant that there were 5 leaders and equals left over so we decided the night before that we’d attempt to do a ‘proper trip’ the night before.

Breakfast was an interesting affair. Jethro and I were definitely paying for our sins. Apparently 3 bottles of wine is a bad idea and who knew drinking Gin in 250ml servings makes you feel rubbish in the morning? 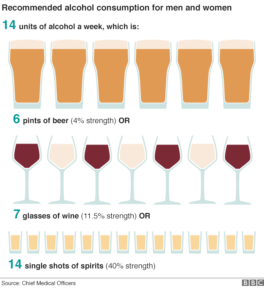 If only the Government had advice on the appropriate amounts of alcohol to drink….

My petition was (as ever) Swinsto but Rachael refused to walk up the hill, Rachael suggested something that Mark pointed out we didn’t have enough rope on us for, Helen suggested Box Head to which Rachael then suggested Death’s Head. Jethro and I contributed by staring at our shrivelled bacon and beans willing them to eat themselves. An hour and half after Rachael finished her breakfast Jethro and I were down to one hash brown each and daring each other to finish our breakfast first in the slowest most intense eating competition that has ever taken place at the NPC. 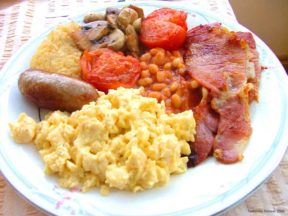 Eventually when we had finished and Jethro and I were out of excuses not to go caving – my favourite being ‘I can’t have a cup of tea underground shall we just not go?’ we piled all five of us and kit into my little car and set off for Leck Fell. 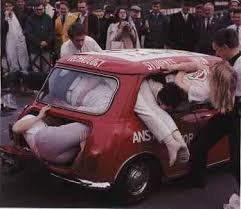 Trying to get everything in my car

The trip was Helen, Rachael, Jethro, Mark and me. And after a lot of fussing and obligitary faffing we set off towards the cave. On the way Rachael and I remembered that we were both part of Guides as a child and as such we knew many pleasant and uplifting irritating songs that really cheered up and enthused angered the rest of the party Mark. My personal favourite that Rachael taught me was the ‘Little Green Frog’ song however this somehow made Mark cross so Helen rigged (I think) and we all followed down behind her on very dry squeaky ropes. Although my contribution of ‘My Reindeer Lies Sideways’ didn’t receive the recognition it deserves I feel.

At the bottom of the initial series of pitches, we had a water stop for people that were already flagging (all of us) and headed down two small pitches towards the stream level at the bottom. We went upstream first for a quick look to the tune of ‘Hard Caver’ and back down to ‘What shall we do with the Drunken Sailor?’.  After passing the rope we used to get into the stream way we headed down stream to the tune of ‘Rub a Dub Dub’. This bit was interesting. If we’d though about it we would have worn wetsuits or far more layers because it was very very very cold down there. We were wading either up to our waists or necks for about an hour in a channel of water that you can’t escape. The very fun bit came when I had to swim as I’m shorter than the others – I know I definitely pulled my unimpressed face.  I was slightly cheered up when the others had to swim as well due to the cave got a little deeper. We were all very cold and we were turning blue but as we were near the end we kept going until we found land and a nice small passage to conserve body heat and eat midget gems. We had a look see where Lost John’s came in and then started to head out the way we had come.

At the top of the short pitch into the stream way (6m maybe?) Helen and I waited for the others whilst treating them to the rousing version of ‘Lay Me Down on Mendip Pastures’. After the others joined in (Rachael and Jethro) and some threats to seriously maim (Mark) we finished and headed out towards the pitches again. After many more rousing songs including (but not limited to) ‘Oh Tom the Toad’, ‘A thin Girl Guide’, ‘Oh I do like to be beside the Seaside’ and a very brave version of the Imperial March to the New Thomas the Tank Engine theme and latterly to the ‘Rains of Castamere’ we were all at the top and decided to pack it in and head for the obligatory Inglesport through-trip before heading back to the hut to socialise.

The best bit of it has to be that Rachael completely lost her voice as we were singing relentlessly for 4 hours underground. This is the link to the LGF song – however Rachael knows a far more macabre version which she will happily sing for you on request.