Sunday 1st May – JH to Peak via White River  – Glen, Jreg, Leo and Nat At Thursday’s pub, I decided that I wanted to do a JH through trip as it was a bank holiday and enlisted other people who were drunk and suggestible. We arrived on Sunday morning at the TSG and met Benji, […]

At Thursday’s pub, I decided that I wanted to do a JH through trip as it was a bank holiday and enlisted other people who were drunk and suggestible. We arrived on Sunday morning at the TSG and met Benji, Anne and Alistair which we used as an excuse to procrastinate further as everyone suddenly discovered a desire to visit the shop. We changed at the TSG, left a call out with Benji and piled into Glen’s car smelling of damp used caving gear.

We arrived at the top of JH, and Leo set off ahead through the Cartgate so that he could rig with Jreg and I lurching behind the tacklebags. I remembered from my previous trip to stay high on the stupidly high traverse line halfway through as otherwise I end up sat on my short cowstail swinging like a demented overgrown baby in a bouncer. We all disappeared down Bitch Pitch and I announced my arrival at the Cartgate by forgetting to pick my feet up entirely and faceplanting. Whilst Leo rigged the top half of Leviathan I thought I would lighten the mood and stave off the cold with some off-key and enthusiastic singing which was not appreciated by Jreg or Glen. Glen wasn’t especially keen on my rendition of ‘Star Trekking‘ and offered to allow me the first descent down Leviathan on the condition that I wasn’t attached to the rope at all. Jreg’s only concession was to knock his foot against the rock to the right beat for ‘Hard Caver’. 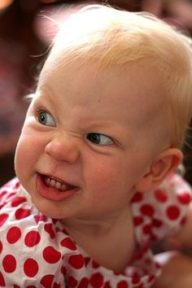 Glen’s face as I repeatedly failed to hit notes

I arrived in the bottom of Leviathan with a rousing rendition of Bare Necessities and we quickly disappeared down the collection of fixed ladders. I miscalculated the distance of one of the ladders and launched myself into one of them at speed which was really painful on my hip. We quickly entered the Speedwell streamway, it was very cold and wet. Everyone was traversing around the side of the deep bit to reach the scaff pole and getting their bums wet anyway so I thought I’d skip the middle man and full on dived in face first. This was a cold solution and meant that I felt a bit chilly until we reached the Bung.

At Block Hall, Leo raced off ahead, followed by Glen who discovered why a guy should never rig his jammers and then swing out across a pitch at speed. I prussicked up next and then Jreg who we rather meanly left with the tacklesack. Glen and Leo waited for me at the top for a while and then I returned the favour for Jreg. A rather tired and pissed off looking Jreg eventually appeared at the top of Block Hall after a little height freak out. I took the tackle sack off Jreg and began the stupid crawl into White River. The tacklesack decided to get stuck at the exact point that my light went off in a tighter bit of the crawl meaning that I was whacking my head against the roof of the crawl until the light decided that it wanted to play ball and I had to feel backwards with my feet to unjam the stupid tacklesack.

We all met up in White River, and had a look around. White River really is beautiful and was definitely worth the effort. Leo skipped off ahead through towards the Ventilator and for some reason decided to crawl down into the floor and ended up at the top of Moosetrap, and wasn’t impressed to see us all laughing at him from the traverse line calling him an idiot. Glen told us about the damage that has been caused to White River by years of cavers and how it looked when he first came when he started caving. I then disappeared through the sandy crawl and reached the next pitch. The ‘Stripper Song’ was warbled out at the top of the Ventilator to welcome the others, and Glen’s demand from within the crawl to see “at least nipples” was met by Jreg who seemed only too keen.

Glen’s teasing of ‘you’re on the wrong side of the rope’ when Jreg was testing his descender on the pull through rope was met with the best unimpressed face that I have seen in a while, and Jreg descended whilst flipping Glen off. The next pitch had a sketchy as fuck traverse along the top which would be fine but someone has double rigged the line and attached them to naturals using repeated slings which doesn’t overly inspire confidence. At the bottom of the last pitch, Leo packed the rope and we all disappeared down the fixed ladder into a crawl to the tune of the Muppets. Going down the ladder, I announced my need to move my descender to the side as ‘I need to have a little fiddle’ much to Leo’s amusement. Once in the crawl Glen announced that he couldn’t see the way on, oblivious to the very obvious ladder and fixed rope to his immediate right that Jreg was then posted down.

The bit that we were least certain about on the trip was the connection in the Trenches however Glen was sure that he would know the right way when he saw it. We set off up the passage to the left following Jreg and Leo and began to be coated in the lovely gloopy mud in the crawl (which I found under my undersuit when I was getting changed – how??). A very pessimistic Glen was at the back muttering that this didn’t seem the right way and alas he was proven right as we found the kneepad that’s in Colostomy and realised we had crawled back towards Speedwell for a good fifteen minutes. The procession turned around and  so we followed an increasingly grumpy Glen towards Treasury as he was losing feeling in his knees crawling but was too big to be able to stoop in most of the passage. The flat out crawly bit across the rocks with SRT kit wasn’t pleasant but at least I didn’t have the tacklesack like Jreg, or was laid face down like Glen who swore off crawls after about 30 minutes in the Trenches.

We were all very pleased to see the ladder at Treasury and spirits increased in the group. Glen and Leo disappeared ahead back to the TSG so they could phone Mark to place curry orders and tell him we were coming to film night; and Jreg and I followed at a more sedate pace with the tacklesack and a meandering conversation. Once Jreg had given Glen a lift back to his car, Leo and I were treated to a white-knuckle ride back to Sheffield by Glen to pick up our food order on time.

It was a very enjoyable trip, that was a lot of fun. JH needs derigging next week; any takers?