Ireby Fell.  16/04/2016 Annual Dinner Weekend The idea was that group 1 (Twebb, Liam Manley and me) would descend down the traditional Ding, Dong, Pussy and Well route with Group 2 (Rachael, Just Liam and Jreg) using the Shadow route. After rigging the traverse line, there was a little confusion over where the Shadow route […]

The idea was that group 1 (Twebb, Liam Manley and me) would descend down the traditional Ding, Dong, Pussy and Well route with Group 2 (Rachael, Just Liam and Jreg) using the Shadow route. After rigging the traverse line, there was a little confusion over where the Shadow route began as no-one could quite remember the rigging guide. Twebb quickly disappeared off to rig our way so we could start descending. On the second rebelay, Liam descended too low so whilst he was prussicking back up to the rebelay, I began fussing around with my light in an attempt to make it produce more light than a feeble candle in a snowstorm. Liam yelled rope free, so I rigged my descender and moved onto the pitch. As I was on the pitch head, I hit my head on the rock wall and my light came off my helmet. The correct procedure in this situation is to desperately try to catch the light and then yell ‘Shit’ loudly as it disappears to the bottom. As I was now caving in the dark, I decided the best method would be to lock off, put my cowstails back on and send Liam to the bottom to ask for Twebb’s help/Rachael’s spare light. I couldn’t really hear anyone at the bottom of the pitch so I was unsure if they could hear me, however I had the rope they needed for the third pitch so I knew that I wouldn’t be abandoned for that long.

Sitting on the rope in the pitch dark as the metal work moved and settled repeatedly was a little daunting however this became less scary as I had the distraction of slowly losing blood flow to my legs. At one point the only way I could restore feeling to my right leg was to lift my legs higher than my head, attach my jammer and use my footloop as a counterbalance.

The view I enjoyed of Ireby Fell

As Twebb’s glorious face appeared at the top of the pitch, I was sat on the rope eating a Crunchie debating if it was worth me actually leaving the cave if we couldn’t find the club light as I assumed I would ultimately be murdered by Leo in a cruel and unusual way. Twebb’s grand plan was to rerig the rope, and descend down to bottom as my light was still on and then I would be able to see again. This did require me to get off the pitch head in the semi-dark which was strange however it did restore feeling to my legs which was a blessed relief.

Once my light had been rescued, Twebb decided against rerigging the original route so we both descended down the shadow route ropes to catch up with the others who were on their way back up the second pitch. Because of the scheduled meal, we realised we didn’t have enough time to get to the bottom and so we all decided to leave before people got cold.

At the top, Jreg and I bumped into four from York, who kindly waited for the rest of us to come up the pitches and derig before they went down. As I was stood talking to York, I could hear Just Liam calling my name. As I went back along the traverse towards him he was clutching the opposite wall, looking directly down the pitch, mentally calculating how he was supposed to remove both ascenders, attach his cowstails to the traverse line and launch himself ‘flying squirrel stylee’ across the pitch head. I pointed out that he could simply sit in his harness and pull himself in towards side of the pitch head nearest the traverse and suddenly things seemed to brighten up. 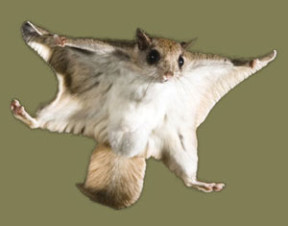 On the surface, I found my missing glove and watched Just Liam coat Liam Manley in water from the stream and then attempt to chase Jreg up the hill and Rachael and I drove back via Austwick to go and bother Leeds. We definitely want to try to do the trip again but without such a strict time limit and stupid mistakes. And I’m currently looking at recommendations for back up lights unsurprisingly. The evening was great fun with everyone getting dressed up, some funny awards and really in-depth speeches from Benjy and Rostam. Thanks to Gamble for organising the weekend!