During a fun, mud spattered, trip with some freshers down Titan last week Henry started a bolt traverse over the top of Major sump to explore unseen possibilities that may lie beyond. Fortunately for me and Rostam, Henry only got half way along his route and invited us to finish off what he started and […]

During a fun, mud spattered, trip with some freshers down Titan last week Henry started a bolt traverse over the top of Major sump to explore unseen possibilities that may lie beyond.

Fortunately for me and Rostam, Henry only got half way along his route and invited us to finish off what he started and hopefully find new caverns measureless to man right on our doorstep.

The original plan was to pay a visit on Friday afternoon to see what glory awaited. However our plan was thwarted when we discovered we’d planned for everything yet forgotten to acquire a bolting hammer, oops.  Fortunately following several generous offers on Sunday morning we set out and pilfered Peachey’s Hammer and set out for Titan.

On arrival at the parking spot we kitted up and set off to the entrance, half way there I realised I’d left the keys at the car so after a quick jog back to the car we finally got in and I rigged down the colossal shaft. and discovered that the roughly 80m bit of rope is probably just short of 80m needing to be tied in to the re-belay so we could escape later on.

After a short romp through AI passage we arrived a the site of our undertaking we kitted up and Rostam set off across the rigged part of the traverse to begin the next step of the energetic free hanging traverse. 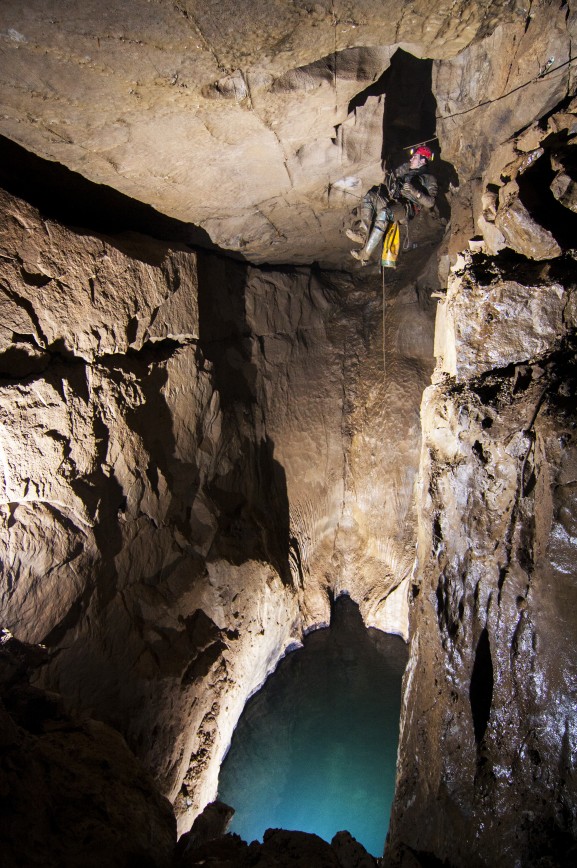 After dangling around for a while and putting in a not quite perfect bolt rostams arms gave out and we swapped over so I could faff around on the end of a rope with a drill for a bit. After a couple more bolts I could almost see round the corner at our target and my god, it looked like it was going… absolutely nowhere. Oh well, to be absolutely sure I dropped down the end of the traverse to get a better look at the back end of Major sump to confirm that the cave wasn’t going to give us anything and sadly that was the case, but made for another nice photo. 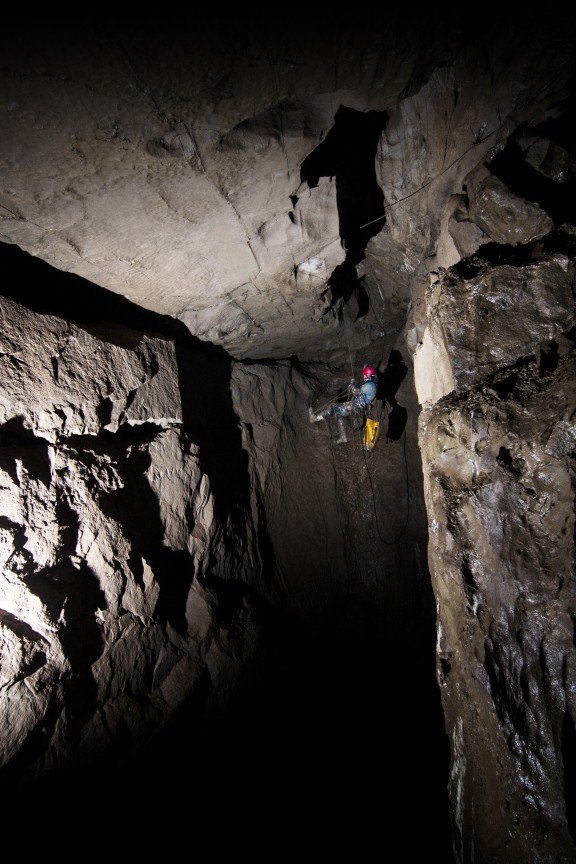 Exploration concluded I started back, de-rigging the traverse as I went while Rostam made himself busy making cave art, points to whoever can tell what it is (hint: Fenton!) 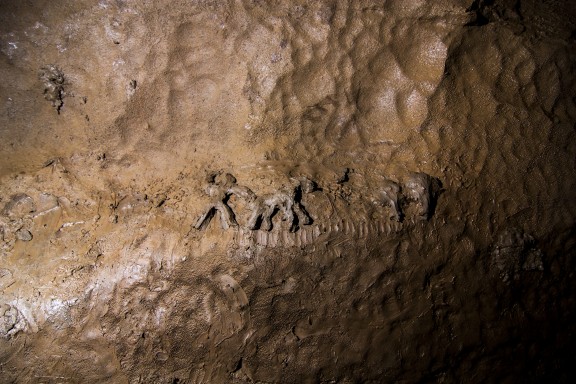 So, despite not finding any new cave we did have fun  swinging around putting bolts in. Good for that little expedition like fix.

All nice and muddy from scrabbling about on the ledge at the start of the traverse therer was time for one last photo of the bolting team before the long slog out of Titan. 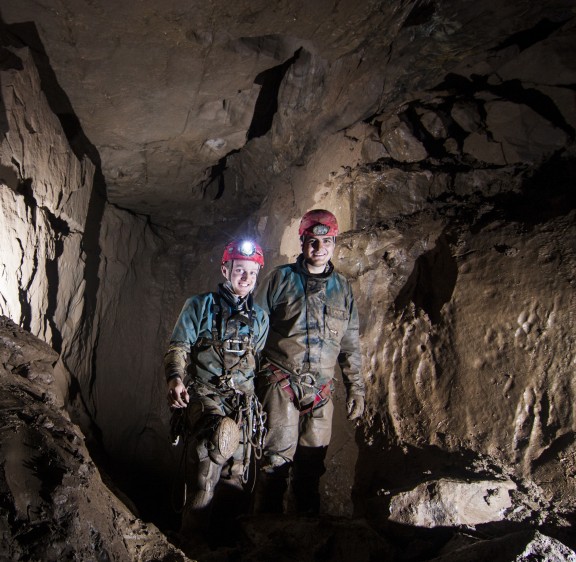 I keep realising how un-fit I am at the moment every time I do any prolonged prussiking, and with a bag full of drill and a bag of bolting kit I wasn’t at my quickest out of Titan, but that didn’t matter as I didn’t want to be waiting around too long at the top anyway. After a quick nap inside the lid, Rostam arrived with a big bag full of 140m of wet, fat SUSS rope and we buggered off back to the car.

First trip of the year with significantly bellow zero changing conditions so it was a speedy affair before driving down to drop the key off only to realise that for the second time I had left the key where the car was parked. So quick race back up and down we dropped the key off and returned to Sheffield for tea and medals (Curry). Job done.