Eyam Dale House Cave – 20th October 2012 Me, Tom, Jeff, Rachael and Jethro headed down the entrance pitch by the old persons home after finally gaining access. I rigged of the bar and found a spit on the way down (only bolt we used on the trip), there was still quite a lot of […]

Me, Tom, Jeff, Rachael and Jethro headed down the entrance pitch by the old persons home after finally gaining access. I rigged of the bar and found a spit on the way down (only bolt we used on the trip), there was still quite a lot of rope rub on the pitch which normally uses a ladder. Head through some slightly awkward crawls but mainly due to the bag I had for the day! Then descend a sketchy free climb but with brilliant naturals to rig off, in fact made a pitch with no rope rub, Woop. Then get to a muddy puddle, notice there is a crawl through it or nice large passageway the opposite direction. Obviously we head down the nice passageway but the two routes in the chamber at the end, end immediately! So we headed back and through the tight wet crawl and an interesting helmet size squeeze between 2 stals while we’ve pointlessly got srt kits on(+rigging gear). Get to a nice high rift which is heading in the direction of Carlswark but disappointingly ends!

There were some nice formations and I got a chance to play with the camera here and took a few pictures, some turned out all right considering I didn’t have any flash guns (and I’m not a photogayer).  We then made our way out with me derigging and taking out the bag which was quite a bit of effort. This was Jethro’s first proper trip and although it was a bit of a scrot hole with wet crawls and sketchy climbs, he seemed to worryingly enjoy it a lot! 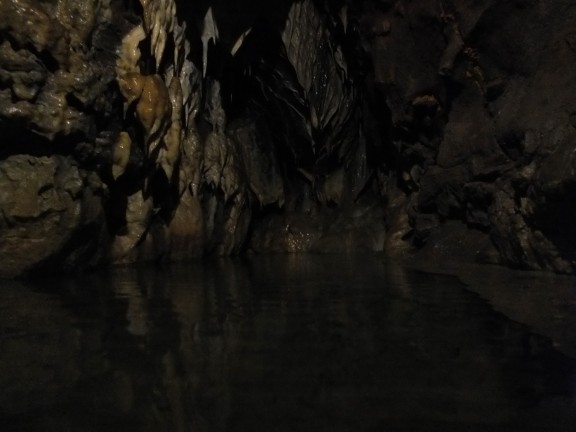 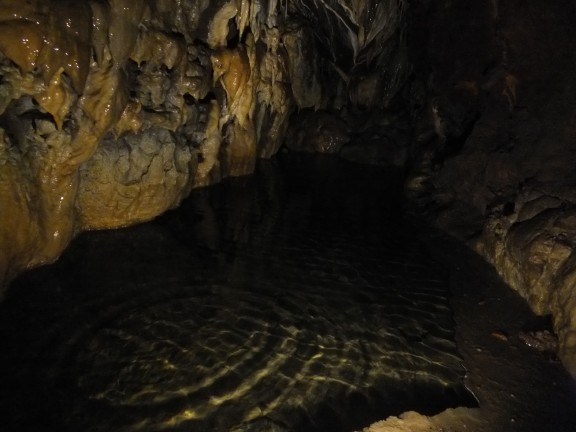 After our first trip, Jethro enjoyed it so much he was keen for another so we thought we would do something fun! So Jeff left us to do his own thing and me and Tom took them down P8. We got to the first pitch within good time with the freshers having no problems with idiots leap and the entrance, then I rigged the pitch and tom wanted them to go through the waterfall a bit to clean there kit so let them descend to the bottom. Made out way down the true second pitch and got to the bottom sump quickly. One of the freshers decided to walk through the deep stream section rather than climb over it though….ok it was me!

The foam was impressively high at the bottom probably due to the wank weather we were having the week before. We then went to the upper sump and me and Jethro went through the intestines (he wanted to go, the mentalist) while Rachael and Tom took the main route back, we met at the bottom of the second pitch, 2 of us now being wet and cold. Tom ran ahead with the newcomers while I derigged and then met them just as they got out the cave! Wet and eager for more….

Me and James lead a trip down Giants (my second trip with James, my first being my first trip with suss…down giants). Our keen new cavers were Anna, Dom and Peter, none of which had ever done caving before. The original plan was to go down P8 again but after doing it the day before I wasn’t that disappointed when we got to the car park and there were about 8 cars there on the glorious winter summers day. So we went to the alternative fresher trip down giants upper series. We started with the crabwalk going upstream and then I heard James shouting Chris a couple times I realised he meant me on the third shout and walked back to find out one of the young cavers has met his match at the tightest point and so it was decided that they would wait by the bottom of the pitch while me and the other 2 freshers carried on and started the climb back.

Unfortunately one of the freshers had a wild night at pop tarts the night before and was a bit nervous with the climbing over the crab walk so I got them on a safe ledge and asked them to wait there while I ran ahead, promising to be back within a few minutes. I get to the top of the pitch, rig the ladder and a life line and get both James and the new comer up and then we head back together to meet the others. James managed to convince them all that they should get wet and jump in the sump although he didn’t quite realise that they had already been in after leading the way down the crab walk then walking into the sump thinking it was the way on… We headed up the difficult climb up into the slightly pretty section of the cave then made our way back over the crabwalk and down the pitch. Then I derigged while James left with the freshers. Rigged a pull through and then met them back at the car after an atrocious ladder coil.

A weekend I thought might be quiet ended up quite eventful with 3 trips and lots of rigging and tackle bag carrying practice!