For one night a year since cavers can remember (not very long after said night) the Eldon Pothole Club host a mashup at the the Waterloo who somehow let them back each year. For the group of us who left from the TSG at about 8.30 and followed a very circuitous route Ben’s sat-nav decided […]

For one night a year since cavers can remember (not very long after said night) the Eldon Pothole Club host a mashup at the the Waterloo who somehow let them back each year. For the group of us who left from the TSG at about 8.30 and followed a very circuitous route Ben’s sat-nav decided to take arrived at the pub an drinking commenced. Immediately there were suspicions that there must be something extra in the beer as it was going down spectacularly well. Though maybe it was partly due to the fact that it’s quite cool to see a guy with one arm pulling a pint.

Unexpectedly it turned out there was no charge to go in to she stomp this year and instead people were just expected to buy a few raffle tickets. Li’l chris even bought a couple despite being a bit disappointed that there was no scurion as a prize. Tickets bought, drinking continued. At around the 10pm mark people slowly started to make their way into the room with the band, who weren’t exactly brilliant but taht didn’t stop the dancing. It didn’t take too long for a bit of moshing to break out as you’d expect. Unfortunately some random guy in a green shirt decided that he would grab Edd and have a word with him, which Edd duly took no notice of. This same unknown undesireable apparently also had a word with Jon Pemberton who had a similar reaction to Edd. The pint glasses emptied, a bit too quickly for my liking so off back to the bar. At this point myself and chris apparently organised a trip down Bagshaw with Jon for wednesday. There was also a conversation with Mike about the nob in the green shirt and how if he started again how satisfying it would be to educate him about pissed cavers. Then out of the blue a commotion broke out in the dance room. We all went over to see what the fuss was about and sure enough the green shirted git had kicked off again only this time he was confronted with JT and Wendy Noble. His night ended then and there as he was forcibly ushered out of the pub and sent on his way.

Excitement over, drinking and dancing continued while mike was a bit peeved at not having been involved in taking out the trash. Towards the end of the bands set, we started to notice that there were about as many SUSS/TSG as there were Eldon… Unusual but never mind. I suppose it just goes to show how awesome we are.

Some time later after more beer and some impromptu brownies

from Edd the bar finally closed and we went out into the fresh night air. Memories from this point become increasingly hazy as the last few standing feeling triumphant (and very, very drunk) decided it was time for port courtesy of Kev and more port from Cat. The port disappeared and Chris decided that it was time for some of his home brew. This did not end well… 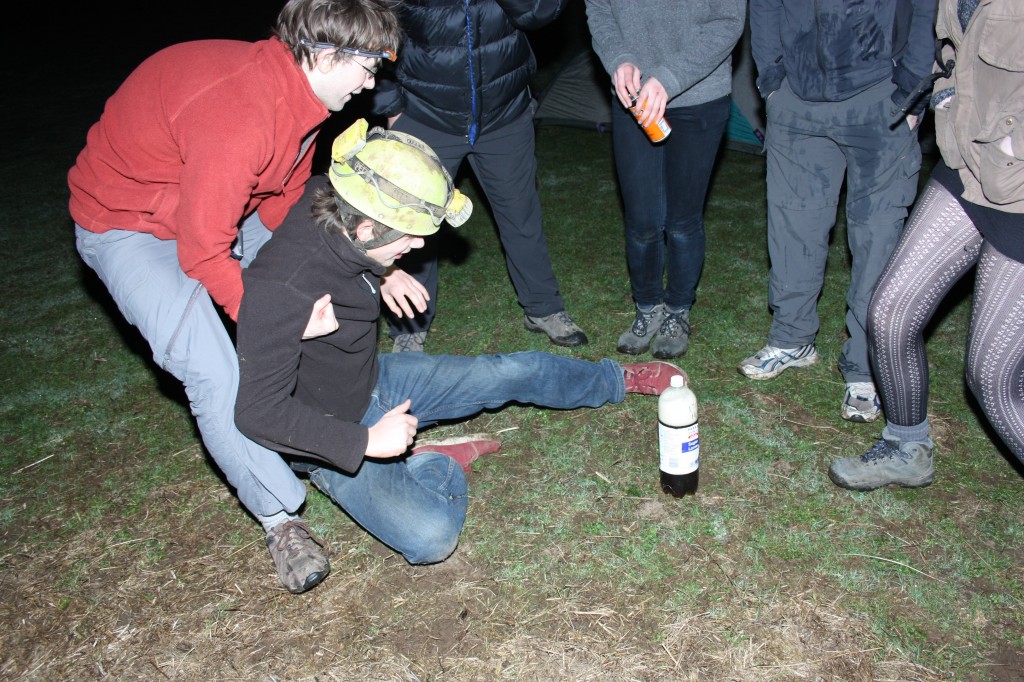 Not quite sue at what point I decided I should take photos but it happened. Much falling over ensued and more merriment. My only remaining memories after this are deciding to go over the fence rather than walk to the gate and falling flat on my face! Apparently I was beeing quite caring and helped chris to the passenger seat of my car so he didn’t end up sleeping in a bush like Mike the previous year. He kindly repaid me by vomiting on th door. I have also been informed that I thew up at some point but I can honestly say I have no recollection of this whatsoever. 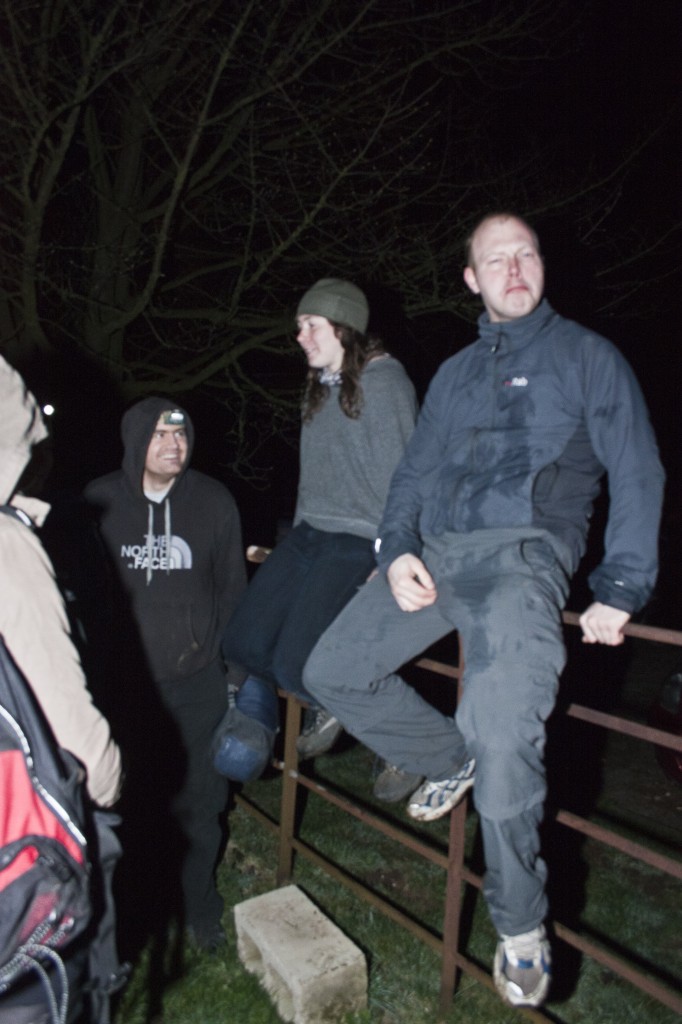 The morning after, we gradually awoke in a still drunken stupor and came to the decision to return to the TSG to have breakfast. Scariest drive EVER… at least the water was back on when we arrived. In the TSG logbook there is now a table of credits and debits for those who were there that gives an idea of how ruined everyone was entries include Edd, Credit: vomit in tent and Tom1, Debit: some amount of time. The event concluded with a trip to Hitch ‘n’ Hike to see Janey before finally returning home and in my case going back to bed.

As with last year the stomp did not disappoint, but this year SUSS were dominant (vominant may also apply).

(Note to readers: There is no guarantee of the accuracy of this tale or that is is in anything that resembles chronological order.)